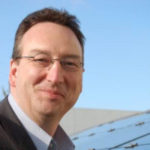 Google processes around 6 billion searches per day and just two months ago Gmail reached 1.5 billion users. Google and all the other hyperscalers such as Facebook or AWS have built massive data centers to provide the scale to handle those kinds of workloads. The rise of the hyperscalers introduced a bold new concept: The expectation of failure. What do I mean by that? Before these new web-scale architectures, conventional wisdom was to design systems with five nines availability. However, the new hyperscaler architecture consisted of infrastructure built from low-cost commodity hardware, which is bound and expected to fail. The difference was the software, which was designed to ensure business continuity, and provide uninterrupted availability and fault tolerance when any service, node, or hardware component fails.

Cohesity is built on the same web-scale principles as the hyperscalers. At the core of our solution is a fully distributed architecture where every node in the cluster runs the same software services. We call this distributed file system, SpanFS. There is no single-point-of-failure and a defect in one service or any hardware failure doesn’t affect any of the other services. The software-defined distributed architecture lays a strong foundation to provide the benefits of scalability, resiliency, and data integrity to our enterprise customers.

To further improve resilience and to ensure the integrity of data in even your largest clusters, our Pegasus 6.1.1 release uniquely provides two-node fault tolerance. Similar to the hyperscalers, we see a trend amongst our enterprise customers to increase the number of nodes in a single cluster, rather than installing multiple smaller-sized clusters. With two-node fault tolerance the system can withstand the simultaneous failure of up to two random nodes (in clusters with greater than 4 nodes) and operate without degradation by distributing the workloads to the other surviving nodes.

Each node stores file data and corresponding metadata and in the case of a node failure both file and metadata become unavailable. File data is reconstructed from the surviving nodes that have units from the same stripes. This reconstructed data is placed in nodes that have available (spare) capacity. File metadata is constructed from surviving nodes by copying the replicas from other nodes and placing them in nodes that have the most available SSD capacity. Note that the replacements are made to ensure the same resiliency as at the beginning of the cluster lifetime.

In addition to our distributed architecture and two-node / two-disk fault tolerance, other key capabilities that we already deliver resilience include:

As you can see, Cohesity provides unique and powerful capabilities to help you achieve your resiliency goals. You can find more in depth technical information by downloading the white paper Cohesity Fault Tolerance – Data Integrity for Modern Web-scale Environments.

As always, stay tuned to this space to keep up with the latest features and benefits for your data protection environment.

Two years after GDPR’s advent, organizations are still struggling to meet the regulation’s requirements. A core roadblock in their way is the need to rethink their data management strategy.

Read about the different types of dedupe algorithms and their effectiveness. Learn how to deliver optimal data efficiency and lower storage costs.