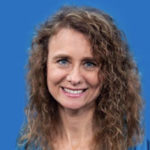 During Google NEXT in San Francisco last week, the Cohesity team was fully represented with great conversations in full swing. While there, I was also honored to speak about a topic that is very important to me – data protection of cloud instances/servers.

There seems to be a false sense of security with our data in the cloud. This post is going to dive into some of my real-world challenges with data protection in the cloud, then take a look at the native backup and recovery options available within Google Cloud Platform for instances. Finally, we will wrap things up with how Cohesity simplifies data protection of GCP instances. Let’s dive in!

After doing technical work for many years now, the shift to the cloud has left me faced with some interesting challenges with cloud-based servers. As I share these scenarios I will remain cloud-vendor agnostic.

Scenario 1: Cloud server corrupted after windows updates, and the server didn’t have a backup.

The owner of a production system created their server, but didn’t realize that they needed to take an extra step back it up. The system had been online for almost a year, when the system corrupted after a round of windows updates. With no backups of the server, the only hope was a support call. After 24 + hours, support was thankfully able to successfully bring this system online. Having a production system down for that long has a huge impact.

Scenario 2: Development was done on servers in the cloud and wasn’t moved to production.

At a company I worked for, we did a lot of our development on cloud servers. One of our developers was testing some code that was expected to be disposable. When some of the code wasn’t working, the decision was made to move a different direction. At that point the server and all the work was deleted. We found out a couple days later that the server instance was needed, because the direction changed and the code was needed. All the development work was needed again, but in the end it was gone.

Within Google Cloud Platform there are some options for backing up instances that can be leveraged by you as the consumer of server instances. Let’s now take a look at what those options are and some of the challenges at hand.

Scripted options often start out great, but they often lack critical elements to the process or will not be reliable over time.

Cohesity has two solutions for protecting GCP instances. Google Cloud Edition and the new Backup as a Service (BaaS) service options launched at Google NEXT! Here are a few of the key benefits of each to help you determine which will be best for your enterprise.

If you are familiar with Cohesity solutions you will find that this functions much like our on-premises option, and our other cloud editions. In this case, essentially you install cloud edition into your Google Cloud Platform. Some of the key benefits include:

Google Backup as a Service (BaaS)

Our new Google Backup as a Service is available directly to you through the Google Marketplace. Some key benefits to your backups include: 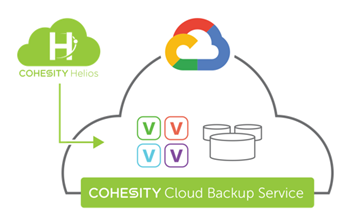 Figure 2 depicts how Cohesity Backup as a Service (BaaS) can backup Google Instances through the Google Marketplace.

When it comes to your server instances, the unexpected can happen at any time. Will you be prepared? Your data is your data no matter where it is located. Back it up!

At Cohesity we like to simplify things. We have already radically simplified backup and recovery for applications that run in the cloud, on-premises, and the edge. We are now taking…

GDPR One Year In: What’s Stopping Organizations from Achieving Compliance?

How are organizations addressing GDPR compliance challenges one year since going into effect? With a solution that is purpose built to handle mass data fragmentation from the ground up.