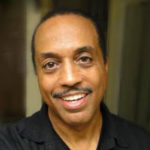 Scale-out NAS. It’s been around many years. That means it’s mature and feature rich, right? From its youth, it became a savior for organizations with a requirement to store and/or share lots of files. Although still a “savior” for certain types of data sprawl, scale-out NAS is no longer in its youth. It has matured – and the wrinkles of age are already showing.

In earlier years, it was easy to simply throw NFS or SMB files onto a scale-out NAS appliance. File storage challenges, especially scalability, seemed to disappear. But things change over time. Personally, I can’t run as fast as I did 20 years ago. Fortunately, I don’t run for a living! The limitations of aging scale-out NAS architectures have become obvious as traditional scale-out NAS is challenged by web-scale standards.

Let’s review where scale-out NAS stands today. The good. The bad. The ugly.

Scale-out NAS is common and well understood. Files and file shares are easily made available to dozens or thousands of NFS or Windows clients. Pay as you incrementally grow – with performance scaling linearly – to a limit. In spite of the occasional forklift upgrade and deployment challenges, scale-out NAS is everywhere… and in some cases… multiplying like rabbits.

Deployment of multiple NAS appliances has led to islands of NAS management. Even when managed from a single-pane of glass, the overhead of each appliance is not easily pooled for maximum capacity and performance efficiency. Scalability limitations become visible when attempting to consolidate multiple NAS appliances using scale-out architecture. Thousands of snapshots are permitted, but can slow things down substantially if snapshots are frequent. At massive scale, capacity goals are sometimes achieved, but performance doesn’t always scale with capacity – thus minimizing effectiveness for huge deployments. For these reasons and more, NAS consolidation platforms are actually multiplying such that previous consolidations are now in need of consolidation. Yes… that’s correct – there are requirements to consolidate consolidation platforms.

The dirty little secret about traditional scale-out NAS is that even when capacity and performance scale to meet requirements, capacity efficiency and search is not always in synch. For example, dedupe is often silo by silo – so plenty of duplicate data in separate silos is still floating around in the data center – wasting valuable capacity. Also, search can require multiple search iterations when searching across data center file silos. It’s not always as simple as a single “Google-like” search of the internet. And try searching across multiple sites, multiple clouds, backups, VMs, and more!

And it gets worse. Critical file-associated apps (such as anti-virus, file audit, and content search) in the file ecosystem still require separate infrastructure and management in addition to the NAS appliances. In a word, there is more infrastructure cost and additional management effort. In a perfect world… the entire file services ecosystem would reside on a single data-centric file services platform and automatically scale-out as the file environment expands.

We believe that file services customers are ready for something that transcends the limitations of traditional scale-out NAS. The future of scale-out NAS must begin with a blank sheet of paper, and without regard for the “bad” and “ugly” that we’ve discussed. What does the “perfect” file services environment look like?

Check out my blog next week where we’ll explore a vision for file and object services that goes beyond the limitations of traditional scale-out NAS.

The SQL Adapter demo highlight's Cohesity’s ability to protect Microsoft SQL Server databases and restore them to a specific instant in time.

From news about Cohesity’s extensive and rapid growth in EMEA, to parties, to our as-always action-packed booth, we will be keeping show-goers busy! Here’s a quick rundown of our EMEA…

Cohesity at AWS re:Invent 2018: It Was One Big Cloud Fest

While at AWS re:Invent 2018, we bonded with awesome customers, hosted a must-see booth, and threw the best show party. We also introduced new product capabilities that accelerate your hybrid…