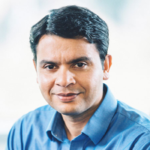 Recently, in various forums and interviews, people have asked me to comment on the true definition and future direction of hyperconvergence, based on its rising popularity. In the past five years alone, the number of mentions and searches on this term rocketed upwards, propelled by its adoption and most recently reaching a new peak with the recent $5B IPO of Nutanix, an early pioneer in hyperconvergence.

It is indeed a powerful concept that is changing the course of how people design and implement data center infrastructure.  In fact, the principle of hyperconvergence is so universal and powerful it’s quickly moving beyond its original use for primary data center workloads. We will see hyperconvergence move into areas such as data protection, developer and big data workloads. Note that in this year’s Modern Infrastructure Converged/Hyperconverged Impact Awards, Cohesity is proud to be a finalist this year with our focus on secondary storage workloads, while Atlantis was also nominated for their remote-office (ROBO) solution.

In its purest form, enterprise hyperconvergence is simply the consolidation of distinct silos of data center infrastructure into a single operating environment.  It consolidates independent application workloads, previously deployed on separate infrastructure silos, into one operating environment. At a more granular level, it also consolidates hardware silos of compute, network and storage. These separate silos can impede performance, efficiency, and ease-of-use. Hence, hyperconvergence delivers the dual benefit of eliminating both workload silos and hardware silos within the data center. The net result is vast simplification of the operation and efficiency of your entire infrastructure.

A smartphone is a specific example of hyperconvergence in the consumer market. It consolidates a phone, a music player, a camera, a GPS, a calculator and even a flashlight into a single device. The user no longer has to setup and administer what were previously individual devices. Also, using the features of the common integrated platform, powerful new apps can be consolidated and easily delivered in software. Examples are apps that direct you to the closest bank ATM using the GPS, or find the best retail price using the camera as a bar-code scanner. The simplicity and efficiency of this approach completely changed the world of consumer appliances.

In the data center world, hyperconvergence delivers similar consolidation benefits. It punctures the previous model of networked storage that spawned an independent layer of infrastructure, aka SAN and NAS.  Instead of managing compute, network and storage as distinct operating environments or silos, you can now provision your infrastructure in the form of completely integrated systems. Just like a smartphone, hyperconvergence consolidates multiple functions into a single system. Let’s now examine more closely the defining characteristics of data center hyperconvergence.

The first defining property of modern enterprise hyperconvergence is the ability to run any data center workload on any portion of your infrastructure.  This concept of hyper-integrated building blocks separates convergence from hyperconvergence. Convergence simply co-locates hardware elements with a layered administration tool. Hyperconvergence tightly couples compute + network + storage elements together into high-performing, efficient systems. It’s high-performance because of the tight coupling between compute and storage without getting bottlenecked by networking. It’s efficient because all workloads run on the same exact infrastructure. If you’re ever in doubt on whether an architecture is hyperconverged, the real acid test is whether any workload can run on any of the systems which comprise the underlying infrastructure.

The second defining property of modern enterprise hyperconvergence is that the infrastructure is now software-defined. Both networking and storage are logically part of the core operating environment, instead of relying upon dedicated, adjunct hardware systems. You now have an atomic operating system that encompasses compute, network and storage functionality. Even more importantly, software-defined separates the control plane from the underlying compute and data plane, giving you the unique ability to manage workloads through the application of policies.

The third defining property of modern enterprise hyperconvergence is the consolidation of compute, network and storage into scale-out building blocks. The advantage is that now you can easily and dynamically deploy additional infrastructure, without having to configure individual compute, network and storage elements. To support additional workloads, you can transparently expand your infrastructure by adding building blocks or nodes. Best of all, you can control application provisioning through a single pane of glass, which liberates you from arduous sizing and performance tuning across previously siloed systems.

There is a perception that hyperconvergence requires use of a hypervisor– perhaps because they share a common prefix. This is actually not the case. Oftentimes a hypervisor is used to provide workload isolation, but there are other ways to accomplish the same objective (e.g., workload QoS or containers). This is a design choice, not a fundamental property of hyperconvergence. Hyperconverged architectures can and do use a variety of alternative techniques (which include but are not limited to hypervisor technology) to logically isolate workloads on a shared infrastructure.

Another myth is that hyperconvergence does not allow the administrator to scale compute and storage independently, preventing you from optimizing for different workload combinations. On the contrary, a well-designed hyperconverged solution can support a variety of nodes that provide a different balance of compute and storage. If you require greater compute performance, you can add CPU-intensive nodes. If you require greater storage capacity, you can scale with nodes that have a greater proportion of storage capacity to CPU. Your hyperconverged environment can be optimized with the correct balance of compute to storage to meet your collective workload requirements. Even more importantly, it can be changed dynamically to meet your changing workload needs over time.

Finally, there is also a common misperception that hyperconvergence only applies to business-critical workloads. The value of hyperconvergence certainly applies to primary storage and servers, but can also extend into the arena of non-mission-critical secondary workloads, such as backup, file shares, app development, object stores and analytics. Today, secondary workloads are highly fractured, fragmented and inefficient. Furthermore, they typically comprise 60-80% of total infrastructure within a modern data center. This is a big unaddressed area of opportunity, ripe for consolidation. Applying the principle of hyperconvergence, you can collapse these secondary workload silos into a single, intelligent, web-scale platform. Now, you can reap the benefits of global data deduplication, copy data management, in-place search and analytics across a merged infrastructure. The efficiency gains are enormous.

Modern Infrastructure Impact Awards: Cohesity Is Honored To Be Selected As Finalist

Cohesity named by SearchDataCenter (TechTarget) as a finalist for the 2017 Modern Infrastructure Impact Awards in the Hyperconverged category.

How a Hyperconverged Platform Can Help Eliminate Legacy Backup Silos

In the last installment of our Data Protection Buyer’s Guide blog series, we provided a checklist of key things to consider when assessing a change in your backup and recovery…