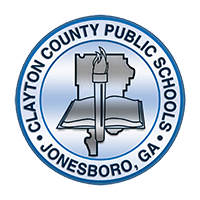 CCPS is backing up its entire virtualized infrastructure and its SQL database environment. The district is also using Cohesity for test/dev to test patches for VMware, OS upgrades, and other updates.

The school district realized greater efficiency with Cohesity for time savings and business continuity, including reduced RPO and RTO.

Clayton County Public Schools (CCPS) is located just south of Atlanta, Georgia and serves more than 54,000 students from kindergarten through twelfth grade. The district has 66 school campus locations, including sites for alternative education, STEM and STEAM programs, and psychological education centers. Challenging curriculum is offered at every level and students can also participate in exploratory courses and extracurricular activities.

The IT team and primary data center are located in Jonesboro, with a disaster recovery site at a separate school location. With an annual budget of more than $600M, Clayton County is dedicated to programs to foster the best place to learn.

Over the last several years, CCPS has witnessed a dramatic change in technology, including the move to virtualized environments. The IT team relied on storage solutions from EMC and Data Domain, but was running VMware for almost its entire server environment and needed a solution to backup and restore virtual machines.

Backups were taking exorbitant amounts of time, often more than 12 hours to do a simple backup and even then, the IT team did not a have a clear sense of how long backups were taking because the process was tedious and cumbersome. With an agile team, and the rotation of IT staff, it was imperative to identify a secondary data solution with an intuitive interface, simplified management, and ease of use.

Clayton County aimed for the following capabilities in a secondary storage solution:

CCPS was on the verge of deploying a Veeam solution when the IT team learned about Cohesity, and then decided to put the sales process on hold and do a proof of concept before making a final decision. The ability to manage its entire secondary data environment from a hyperconverged solution, along with significant cost savings, were the keys to CCPS choosing to move forward with Cohesity

The school district deployed two Cohesity nodes, including one at its disaster recovery location several miles away. Reducing cost was a primary concern for CCPS. EMC licensing costs alone were more than the total cost of the Cohesity solution. The school district also made a policy decision to only store 30 days of backups to reduce the amount of data needed to recover. If the policy were to change down the road, Cohesity’s native integration with the leading cloud providers would provide a seamless route for archival storage.

CCPS is backing up its entire virtualized infrastructure and its SQL database environment. The district is also using Cohesity for test/dev to test patches for VMware, OS upgrades, and other updates.

We are confident we have made a good choice in selecting Cohesity for our enterprise backup and recovery across our entire school district. Like many enterprise environments, Clayton County Public Schools has seen tremendous change in IT in the last five years and we needed a single backup solution for our virtualized infrastructure. Cohesity has not only enabled significant cost and time savings, but it has set us up to optimize our future secondary data requirements.

“The simplicity of setting backups with Cohesity is effortless. I am easily able to train new IT staff on the Cohesity platform and its intuitive interface makes it extremely simple,” explains Pritchett. “We can literally set it and forget it, and Cohesity’s Google-like search means we can retrieve files faster.” Many times an employee would lose a file on a mapped drive and the IT team would only have the name of the file. Without being able to know which server the file resided on, CCPS would have to search all backups at once, costing the IT team time and resources.

The Cohesity solution enabled the IT team to recover data directly from Cohesity, without the need to move data in order to recover lost files. CCPS realized greater efficiency with Cohesity for time savings and business continuity, including reduced RPO and RTO. Backup times for virtual machines went from taking five hours to only several minutes, and full backups are completed in less than a day with Cohesity.

Now when the IT team needs to test a patch for VMware tools, the team can use Cohesity to clone a virtual machine into an isolated test environment. The district can test and apply new patches before applying into a production environment. Cohesity enables staff to plan effectively and avoid any possible roadblocks. Recently, the IT team upgraded the Windows OS for its servers and was able to test ahead of time to ensure application compatibility, determine how long the upgrade was going to take in production, and better plan for school staff and resource disruption. With the previous solution, this process took more than an entire day but now with Cohesity the team conducts many of these operations in under 30 minutes.

Cohesity support has been instrumental to ensure a smooth deployment. Support has also been tremendously responsive to provide the IT team what it needed quickly. Cohesity’s performance monitoring features also give the district insight into its infrastructure, and it has been able to adjust to spread backup jobs over a broader time range for optimal performance.

Some of the many benefits Clayton County has attained with Cohesity include:

Eliminate data silos and do more with your data on a single web-scale platform.

Transform idle backups into live Dev/Test data. Do away with the silos, complexity, and overhead.

Get more from your virtualization investment with simple, flexible, and fast data.

Get peace of mind with fast and cost-effective data protection for your RDBMS.

Eliminate multiple tools to gain simplified backup with instant recovery for all workloads.

Cohesity works seamlessly with the widest variety of enterprise IT environments so you can do more with your data.