The Cultural Journey to the Land of Cohesity!

If you are anything like me as soon as you hear about a companies corporate “culture” you immediately begin to zone off into space and roll your eyes. I’ve worked for some large corporations that have had their own definition of culture in the work-place, some even changed the culture multiple times along the way. Now, don’t take this the wrong way, culture in a company is a must and it is very important that each company has one defined to who they are. But let’s face reality folks for one second, company cultures are something to the tune of a dime a dozen, no? More likely than not a companies culture is not a top 5 reason you leave one company to move to another but perhaps closer to number 9 or 10 on your list.

Recently I made a big move in my career by leaving a very large established tech company that I was doing very well at and actually liked this companies so stated culture for the most part, or so I thought. I say that in part because I did not leave for the culture reason at all. As a matter of fact I left for a new opportunity, a new challenge, a more robust responsibility where I can have a direct impact on the success of the company. My journey led me to a silicon valley start up that seemed to be getting some early attention in the storage market…Cohesity.

Now 30 days later am I happy that I made the move from an established job where I was doing well, liked the company, the people, and it’s culture? YES! But probably not for all of the reasons you (or I) may have thought as I have stated earlier. I am happy with my decision because over the past 30 days I have learned so much information beyond just storage technology. I’ve met so many great individuals already and have taken on responsibilities beyond my imagination. All of that is actually icing on the cake that is Cohesity!

But the one single thing I have learned that was unexpected by nature is that, you guessed it, CULTURE is REAL! So real in fact I believe that aside from a rock star product made by ridiculously smart people and super world class sales teams selling it; is that CULTURE is what WILL make Cohesity dominate!

Cohesity is centered around customer obsession you see, but not ordinary customer obsession. It is the type of obsession where obsession is actually a CORE value at Cohesity! Yup, that’s right, listed right on the wall at our Santa Clara HQ’s. A company where they want you to be CUSTOMER OBSESSED! But also have INTEGRITY while you are obsessed with having a POSITIVE ATTITUDE. If you can do that with RESPECT and DELIVER on your commitments you then are considered a SUPERHERO! A COHESIAN in fact!

Have you ever been at a company where after 30 days you still haven’t heard the word “no”? Can you think of a time where you asked for help and every single time you got help without being pushed off to someone else or some other “department”? Or how about the many times you’ve been told at your company “well that isn’t my job”…WAIT, that HASN’T happened at Cohesity! Ok, Ok, I got one how about the time where the entire company jumps up to help you out on your sales opportunity even though it’s not their deal? YES…that happens at Cohesity! Now wait for it…tell me the last time a VP or COO or heck even the CEO asks YOU; How can I HELP you be successful? Or how can I HELP you at your meeting? Or how can I HELP you progress to become successful? Not once do you hear “you need to do it this way and this is your job and this is how it’s going to be and do it my way because I am the grand wizard of knowing it all.

Simply put, in 30 days I have finally learned what a real company CULTURE is all about after 17 years in corporate America. Culture is where everyone is willing to do anything for anyone at anytime to take care of the CUSTOMER! There is no such thing called “that isn’t MY JOB”! And try this one on, the words “should and would” do not exist, only “HAVE TO DO and MUST DO”! This is Cohesity…thank you Cohesity for teaching me something new and teaching me that company CULTURE is alive and well. We are #Cohesians… 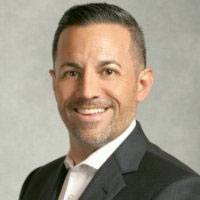 Chad is our longest standing member of our Channel organization with 4+ years of service at Cohesity helping form our current channel. Chad has a vast background spending more than 20 years in the VAR and OEM space in multiple leadership capacities. Today Chad leads our National Partner Organization which includes our largest national solution providers and our National Partner Managers that support them.

Chad is our longest standing member of our Channel organization with 4+ years of service at Cohesity helping form our current channel. Chad has a vast background spending more than 20 years in the VAR and OEM space in multiple leadership capacities. Today Chad leads our National Partner Organization which includes our largest national solution providers and our National Partner Managers that support them.