This collective of data security and services companies helps enterprises win the war against cyberattacks. 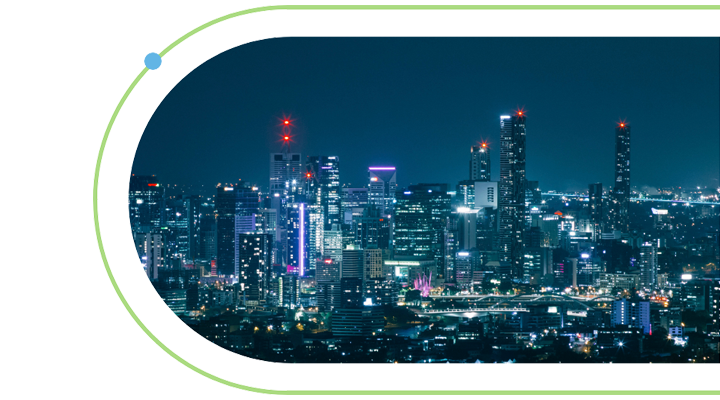 Security complexities can’t be solved by one vendor alone. The Data Security Alliance brings together the brightest minds and boldest solutions for a comprehensive data protection and resilience strategy.

“CrowdStrike is laser focused on protecting our customers across endpoints, cloud workloads, identity, and data. However, in the event of a successful attack enterprises need to recover core business operations as quickly as possible. We’re pleased to join this alliance as Cohesity has a proven track record in cyber resilience.”

“We are excited to be a key part of the Data Security Alliance. Our ability to help customers understand and reduce cybersecurity risk across their attack surface combined with Cohesity’s leading data security and management platform brings together the best of both worlds to reduce the risk of an attack while providing the ability to rapidly recover their core business functions if an attack is successful.”

“We look forward to continuing our work with Cohesity to bring together the power of our Cortex XSOAR security platform with their data security and management solutions. The current integration allows the Cohesity Data Cloud platform to send detailed automatic alerts when it detects anomalies in the backup data to our Cortex XSOAR platform. It then initiates an automated playbook to triage and mitigate the impact of a potential cyberattack.”

“As a leader in data security and management, we are partnering with these industry heavyweights so they can leverage our platform, the Cohesity Data Cloud, to help customers easily integrate data security and resilience into their overall security strategy. This not only helps enterprises better protect against the threat of cyberattacks but brings together CIOs and CISOs to the collaboration table to fight cybercrime in ways not seen before in our industry.” 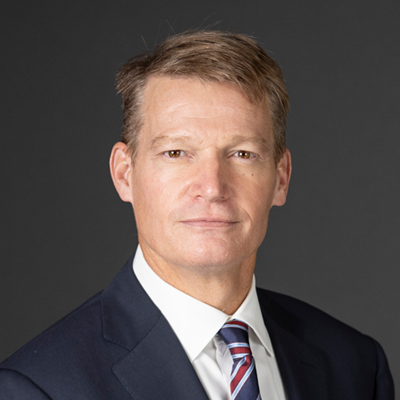 Kevin joined the company as Senior Vice President and Chief Operating Officer in December 2013 when FireEye acquired Mandiant Corporation, which he founded in 2004. Mandiant Corporation was widely recognized as the leading provider of cyber security incident management products and services prior to the acquisition by FireEye and went on to become the core of the company’s highly successful consulting business.

Kevin began his cyber security career in the United States Air Force, serving as a computer security officer in the 7th Communications Group at the Pentagon and later as a special agent and cyber crime investigator in the Air Force Office of Special Investigations. In the private sector, Kevin held senior positions in the security consulting divisions of Sytex, acquired by Lockheed Martin, and Foundstone, acquired by McAfee.

Kevin’s insight, gained from his work on the front lines of major cyber threats, is routinely requested by corporate directors, executives, and government officials who face serious cyber security challenges. He regularly provides commentary and analysis on cyber security issues for major news media and has testified in hearings before the U.S. House and Senate committees. Kevin has served as a member of the Cybersecurity Advisory Committee for the Cybersecurity and Infrastructure Security Agency since December 2021.

Kevin holds a B.S. in computer science from Lafayette College and a M.S. in forensic science from The George Washington University. He is also a graduate of the Harvard Business School’s Owner/President Management Program.

As a former NSA Executive and DOD CIO/CISO, Marianne brings over 35 years of experience across the Department of Defense (DoD), Intelligence community, and civil government sectors. She served as Deputy National Manager for National Security Systems (NSS) and Senior Cybersecurity Executive for the National Security Agency where she was directly responsible for systems across the government containing classified and/or sensitive information.  She also served as both Principal Deputy for Cybersecurity and Deputy Chief Information Security Officer (DCISO), Department of Defense, CIO. She received the Distinguished Executive Presidential Rank Award, the highest government civilian recognition, for her contributions to national security. Marianne Bailey currently leads Guidehouse’s Advanced Solutions Cybersecurity practice. Ms. Bailey earned a Bachelor’s degree in Engineering from the University of Maryland, College Park, and a Master’s degree from Industrial College of the Armed Forces, National Defense University. 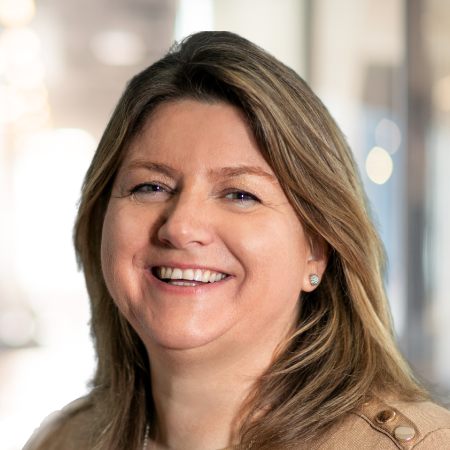 Laura Barrowman is the Chief Information Officer at Credit Suisse, focused on setting direction for all IT and ensuring the integrity of production environments within the bank’s control framework. During her 27-year tenure at Credit Suisse, Laura has held many leadership positions in the various IT organizations. Most recently, she served as the Chief Technology Officer responsible for the firm’s technology infrastructure, while previously acting as Chief Information Officer for Technology Services.

Laura has passionately championed and empowered women throughout her career. As Group Conduct Ombudsperson, she helps to foster a bank culture where sexual harassment is not tolerated. She also believes in the global advancement of STEM programs and educational opportunities for children. She sits on the Board of Teach for All and serves as a Trustee for Teach She Can. 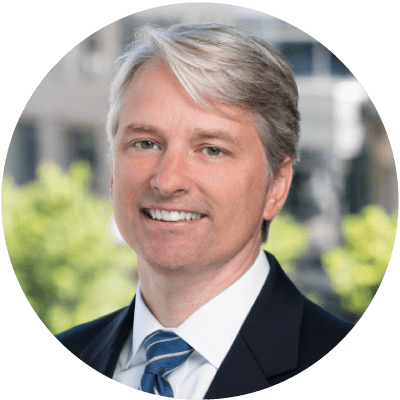 Kelly has been working with hundreds of clients for 30+ years to help them be compliant and secure. At Microsoft, the goal is to work with clients and Security Engineering to transform the cybersecurity market to make the world safer and more secure. Doing so will drive more product adoption and enhance the Microsoft brand. Work with clients, regulators, and law enforcement to reduce cyber-crime.

Before Microsoft, Kelly led Accenture Security, before that, he built and led Deloitte Cyber Risk Services and held various leadership positions with Arthur Andersen, AT&T, and others. Kelly has held the role of CIO and CTO of two different companies and CISO for a global bank.

Kelly is involved in several industry and technology groups recently authoring various articles and by-lines in the Wall Street Journal, Financial Executive, USA Today, and many others.

Currently, Kelly is working with national security for several counties in the Five Eyes and NATO.

Kelly is tightly aligned with several cyber and law enforcement agencies around the world. He is working to secure the nations of Ukraine, Albania, and a few others. 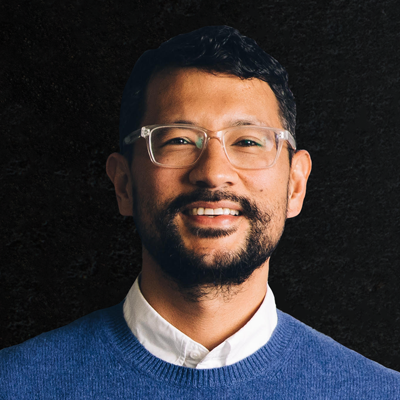 Jason Chan has spent over twenty years in cybersecurity and is especially passionate about large-scale systems, cloud security, and improving security in modern software development practices.

Most recently, Jason built and led the information security team at Netflix for over a decade before retiring in July 2021. His team at Netflix was known for its contributions to the security community, including over 30 open-source security releases and dozens of conference presentations. He also previously led the security team at VMware and spent most of his earlier career in security consulting. Since retiring from Netflix, Jason has been advising a variety of companies on security products and strategy and is also an Operating Advisor at Bessemer Venture Partners.

Jason enjoys coaching, mentoring, and helping folks from underrepresented groups enter and advance in the cybersecurity industry. Outside of work, he enjoys reading, running ultramarathons, and volunteering in habitat restoration, trail maintenance, and wildfire management. He received a BS from the College of Charleston and his MS from Boston University. 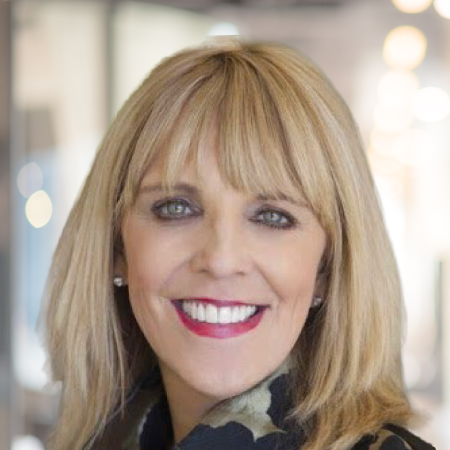 Sheila Jordan is Chief Digital Technology Officer for Honeywell. In this role, she is responsible for driving digital technology transformation across the company. She has broad oversight and responsibility for IT infrastructure and services, as well as expansion of software development in support of Honeywell’s digital initiatives, go-to-market offerings, and the solution needs of its customers.

Sheila is the recipient of multiple industry awards and recognitions, including a 2019 Women of Influence Award from Silicon Valley Business Journal. She was recognized as one of the Top 25 Women  Leaders in Cybersecurity in 2019 by The Software Report and one of the Top 100 Women in Technology by Technology Magazine in 2021.

Sheila earned a bachelor’s degree from the University of Central Florida and an MBA from the Florida Institute of Technology. She is on the Board of Directors for FactSet, a financial data and software company, and the CMS Foundation, the official nonprofit partner for Charlotte-Mecklenburg Schools in North Carolina.

Sheila is also the 2021-2022 Co-Chair of the American Heart Association’s Charlotte Go Red for Women and the author of a book called You Are NOT Ruining Your Kids: A Positive Perspective on the Working Mom. 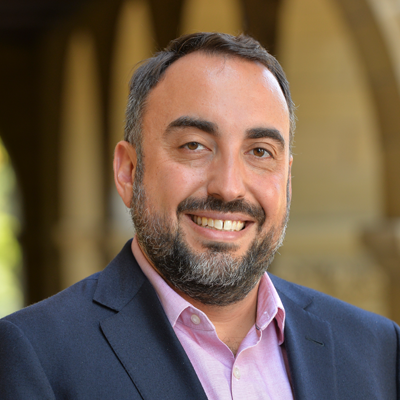 Alex Stamos is working to improve the security and safety of the Internet through teaching and research as the Director of the Stanford Internet Observatory, a cross-disciplinary program studying the abuse of the internet. He also helps companies secure themselves as a Partner in the Krebs Stamos Group. He has served as Chief Security Officer at Facebook and Yahoo and was a co-founder of iSEC Partners. Alex has investigated and responded to several historical events and has been called the “Forrest Gump of InfoSec” by friends. He is a member of the Aspen Cybersecurity and Information Disorder Commissions, Annan Commission on Elections and Democracy and advises NATO’s Cybersecurity Center of Excellence. He has spoken on six continents, testified in Congress, served as an expert witness for the wrongly accused, earned a BSEE from UC Berkeley and holds five patents.