San Jose, Calif. – Mar. 7, 2018 – Cohesity, the leader of hyperconverged secondary storage, today announced that Steve Grewal, a veteran C-level technology executive who has worked for several federal agencies, joined the company to lead Cohesity’s public sector products and customer relationships. Grewal served as deputy chief information officer for the U.S. General Services Administration (GSA) before taking on the new role of chief technology officer, federal and U.S. East, at Cohesity. Leveraging his experience as a public sector change agent that has overseen many significant IT innovation projects, Grewal will expand Cohesity’s presence in the federal market.

Cohesity’s radically efficient secondary storage platform, which scales seamlessly across on-premises and cloud infrastructure, has already delivered results for many federal customers, including the U.S. Department of Health and Human Services, the U.S. Department of Energy, and the U.S. Air Force, among others. In his new role with Cohesity, Grewal will be responsible for a range of functions as they relate to the federal market, including product management, marketing, business development, and customer success. Spending more than $90 billion each year on IT, the U.S. government presents a major opportunity for Cohesity’s hyperconverged platform to deliver more efficient data storage for a range of workloads and simpler data management for reduced administrative costs.

“Cohesity has enormous potential to transform the data center for government and corporate clients by consolidating the fragmented storage landscape and making it simple to manage data on premises and in the cloud,” Grewal said. “Every vendor makes the same promises to be better, faster, and cheaper, but Cohesity really exceeds those commitments with its simplicity, ease of use, and improved resiliency and availability. What they have done is very disruptive – and it’s happening in a space that hasn’t been disrupted in over a decade.”

“Steve is a thought leader among C-level executives who has been setting the tone and pace for how government should approach technology at a macro level, and we’re very happy that he decided to join Cohesity,” said Mohit Aron, CEO and founder, Cohesity. “He has built a strong reputation as a next generation CIO in the public sector who not only understands what we can do and where we want to go but has the operational chops to realize these goals.”

About Cohesity
Cohesity makes your data work for you by consolidating secondary storage silos onto a hyperconverged, web-scale data platform that spans both private and public clouds. Enterprise customers begin by radically streamlining their backup and data protection, then converge file and object services, test/dev instances, and analytic functions to provide a global data store. Cohesity counts many Global 1000 companies and federal agencies among its rapidly growing customer base and was named to Forbes’ “Next Billion-Dollar Startups 2017,” LinkedIn’s “Startups: The 50 Industry Disruptors You Need to Know Now,” and CRN’s “2017 Emerging Vendors in Storage” lists. For more information, visit our website www.cohesity.com and blog https://cohesity.com/blog/, follow us on Twitter https://twitter.com/cohesity and LinkedIn https://www.linkedin.com/company/3750699/ and like us on Facebook https://www.facebook.com/cohesity/. 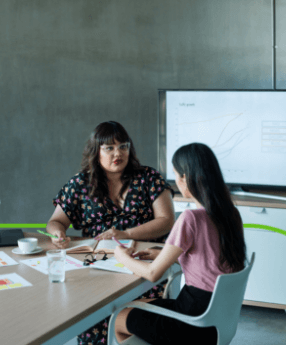