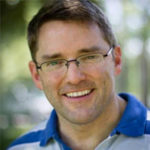 The challenge mass data fragmentation poses to customers is well-documented by now. We talk about it often here at Cohesity, as do industry experts, as seen in Forbes, 451 Research, and NetworkWorld. Mass data fragmentation refers to the sprawling pool of enterprise data that continues to spread across different locations, infrastructure silos, management systems, and public clouds.

Without addressing this critical challenge, mass data fragmentation is becoming a growing threat to any organization that creates, backs up, relies on data, and wrestles with silos — on-premises, in the cloud, and at the edge.

In past blogs, we’ve focused on educating generally about the mass data fragmentation challenge, leaning on a global market study to highlight the impact this phenomenon has on IT (it’s significant). But when you consider the rush to migrate to the cloud, it’s time to double click on the challenges mass data fragmentation presents for the massive volume of organizations that are hoping to realize the promise of the public cloud.

Mass data fragmentation in the cloud

Public clouds are an increasingly popular solution to managing data growth due to the amazing benefits they can provide, including but not limited to: increased agility, exceptional scalability, lower cost, and unmatched flexibility. However, mass data fragmentation is causing an unforeseen downside that’s stopping customers from seizing the true benefits of the public cloud. With the public cloud has come a new and sprawling layer of data and infrastructure silos. These silos can exist in one public cloud, or across many, and create a host of management, operational, and security challenges.

Customers don’t know what data they’ve got (they likely have copies and copies and copies of the same data across multiple clouds), what’s in that data (which creates major compliance concerns, including with GDPR), how much they are paying to store all of those copies in the cloud (it can be quite expensive), or how to effectively manage these silos (which is a major problem given how overburdened IT teams are today).

What this all boils down to is simple: When it comes to fragmented data,  infrastructure silos, and the impediment to IT effectiveness, public cloud deserves a special look because the problem of siloed infrastructure is not limited to the data center. A new market study shines a light on the issue of mass data fragmentation and the public cloud, allowing you to evaluate your own cloud adoption journey and solutions that can address this critical issue across all of your environments.

You can drill down to read the full report here. In the meantime, here are some highlights:

A Major Cause is Mass Data Fragmentation in the Cloud

The Consequences are Serious for Business, not just IT

IT is Struggling to Meet Senior Management Expectations

The consequences for organizations that don’t take more proactive steps to manage mass data fragmentation in the cloud could be severe – not just for IT but for your business overall. The good news is the problem can be solved with a better data management solution—and almost nine in ten survey respondents agreed with that rosey outlook!

Mass data fragmentation impacts organizations on a variety of levels from on-premises to public cloud and beyond. Stay tuned to this space for more market studies examining this important topic.

Other blogs in this series:

The Cohesity storage platform was designed from ground up to provide a powerful and flexible global deduplication architecture.