Kubernetes has come a long way in the past several years, quickly becoming one of the defacto orchestration platforms for containerized applications. During VMware’s recent first-quarter financial earnings report, Raghu Raghuram, the new CEO of VMware said, “Given the importance of application modernization and digital initiatives at all of our customers, you can imagine why Tanzu is becoming more and more central to what we talk about with a lot of our customers. According to VMware, Tanzu is included in 50% of large VMware deployments/deals.

How Things Have Changed!

Kubernetes, once envisioned to manage primarily stateless containers, has since pivoted towards more stateful containers. Organizations often have initiatives to build new applications within containers and even to move existing applications, where possible, to containers. The objective and the end goal is in doing so is to ensure that applications can be more quickly built and are more portable.

What was once just a bunch of disposable containers which required little to no data protection in the past, now are often critical and require protecting, just like other more traditional non-container workloads such as databases and virtual machines.

Tanzu Kubernetes Grid is an enterprise-ready Kubernetes runtime that streamlines operations across a multi-cloud infrastructure. (We expect a GA release in the near future.)

It is tightly integrated with vSphere and can be extended to run with consistency across your public cloud and edge environments. If you are using VMware virtualization today and looking to adopt Containers, VMware Tanzu can be a great option. 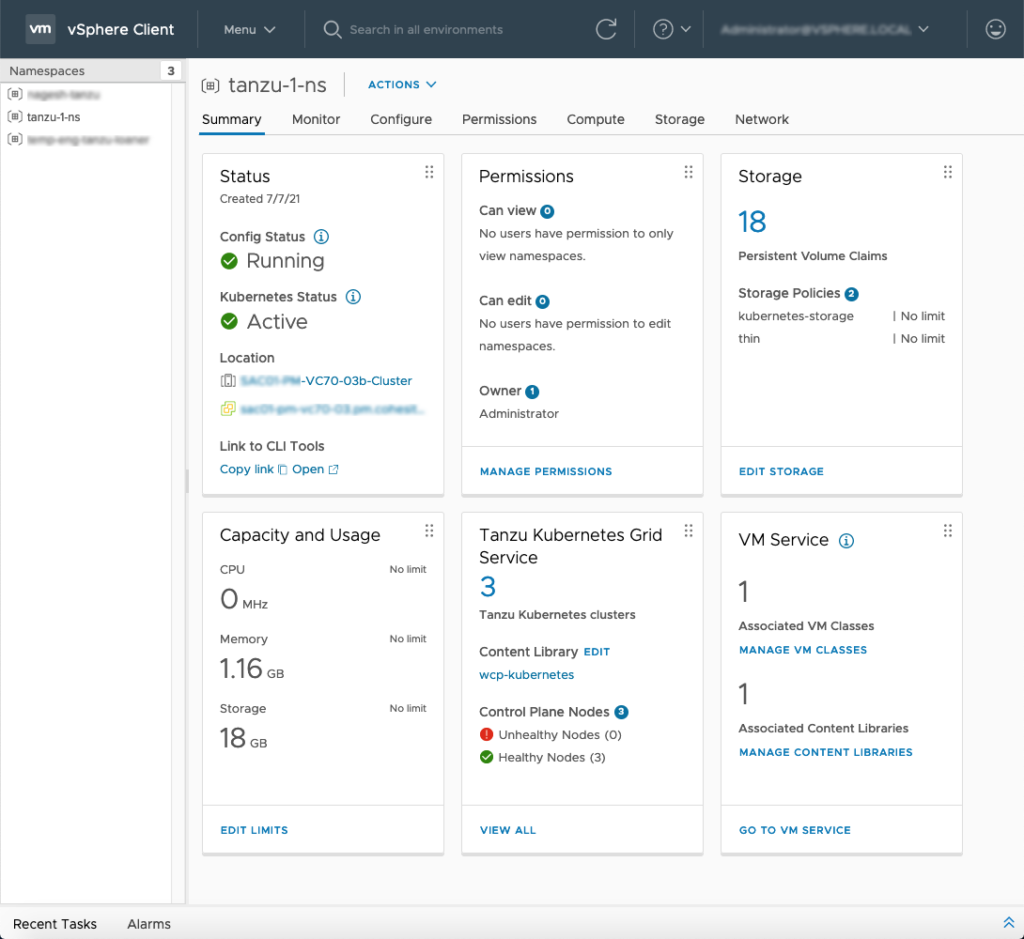 Kubernetes Objects are typically created and managed via the Kubernetes API. One of the benefits of Kubernetes is the ability to quickly and easily manage and update objects, either manually or via automation. The ability to keep backups and restores of these objects are often key in being able to recover in the case of a problematic update or delete. Another prime use of these backups? Being able to quickly and easily duplicate objects from one namespace to another on the same Kubernetes cluster or alternative cluster.

Persistent Volumes which are associated with pods via PVCs are at least as critical as non-PV objects. These Persistent Volumes often contain critical data for an application, such as database data files. In the case of a database or similar application which relies on persistent data, having backups and the ability to restore from a previous point in time is critical.

Combined, a namespace and all its objects and resources, including persistent volumes need to be able to be restored together, either to the original cluster or an alternate cluster.

Enterprise-class Backup and Recovery for your Tanzu Environment

Backing up Your Namespaces and Applications

Cohesity backs up, the namespaces selected. The frequency, retention, replication, and archive settings are determined based on the group policy, which is completely configurable. These backups include all relevant resources and objects within the namespaces, including the persistence volume claims (PVCs) and their backing persistence volumes (PVs). The backups themselves can be replicated or archived in addition to the backups residing within the local to the Cohesity cluster. The same global deduplication applies to Tanzu backups as that of other sources, taking full advantage of the power of the Cohesity platform.

Restoring Your Namespaces and Applications 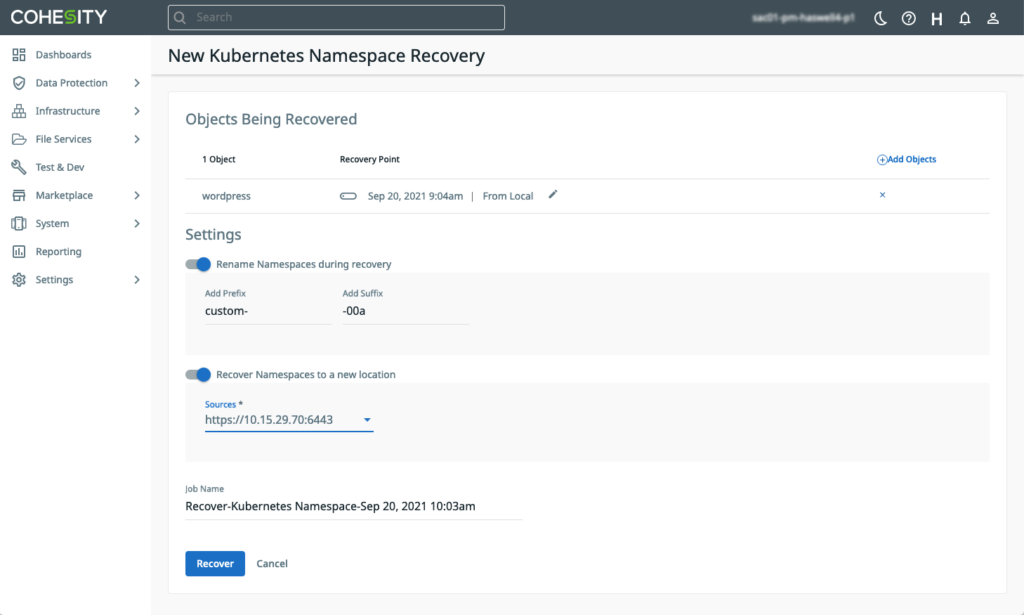 Tying It All Together

Kubernetes is a dynamic platform and, like it, your data protection solution needs to be just as capable of addressing today’s and tomorrow’s challenges.

With VMware Tanzu guest clusters, which can be created quickly and easily, the key is being able to register and protect these newly created Tanzu clusters efficiently.

The agility that VMware Tanzu gives you in deploying and managing Kubernetes environments is awesome; pairing VMware Tanzu with a powerful and agile data protection platform like Cohesity is a win-win.

Don’t Forget to Back Up Your Newest Kubernetes-based Applications