What do Mingran Li, Shreshtha Mundra, Namit Sharma, David Coblentz, and Yu-Shen Ng have in common? They are all inventors who have filed patent applications for work they have done at Cohesity. Recently, we talked with them to learn about their backgrounds, problem-solving, inspiration, mentors, and much more.

What It Takes to be an Inventor: A Dash of Humility and a Lot of Questions

How do you become an inventor? What characteristics should you have? What field should you be in? The Princeton Review says that an inventor must have a background in science or engineering. The Cohesity inventors’ backgrounds suggest that there is some truth to Princeton’s opinion, but in the minds of all our inventors, there is much more to it than that. Product Designer Mingran Li, who has both an engineering and design background and has been with Cohesity for three years, said that an inventor is someone who has the humility and courage to be vocally curious. Her advice to would-be inventors is to ask questions and then look for the answers. “Never be afraid to ask someone for help,” she emphasized.

Senior Member of Technical Staff Namit Sharma, who studied computer science and has been with Cohesity for three and a half years, also alluded to humility when he described how he tries to think of inventions from the point of view of customers. And UI Engineer David Coblentz, who also has been at Cohesity for three and a half years and has a degree in computer science, demonstrates the humility characteristic as well. He started out working on the back-end, using C++, but he had the flexibility and the willingness to explore front-end work, using  JavaScript and Typescript, which are quite different from C++. As a result, he has an end-to-end perspective that helps him understand issues and solutions.

Director of Product Management Yu-Shen Ng, who has been at Cohesity for four and half years, has a more inclusive view than the Princeton Review about who can be an inventor. “A patent is within reach for just about anybody,” he said. Yu-Shen Ng studied electrical engineering, but he also said he has always been involved with software. “So much innovation is in software. Every five or ten years there’s innovation and new ways of solving problems. The whole space is ripe for invention.” He agreed with Mingran Li that to be an inventor, you ask questions. Asking the questions leads to answers with an important learning process along the way.

Senior Software Engineer Shreshtha Mundra said that, for her, experience in research and filing patents was helpful before joining Cohesity two years and 10 months ago, along with her degree in computer science and engineering. Being able to research and learn the filing process added a dimension to her knowledge that helped her transition to applying engineering to a product that she can see and use.

Invent This: Finding Inspiration in All Kinds of Places

Inventors inspire inventors, or so we thought until we talked to the Cohesity patent holders. Of the five, only Namit Sharma told us that a specific inventor inspired him. “Steve Jobs focused on the simplicity of using a product. Just by looking at the product, you should be able to know how you’re supposed to use it. Those kinds of ideas inspire me.”

Shreshtha Mundra did say that many inventors inspire her, but she stressed that there were many other sources of inspiration. She cited people in executive roles, and the people she works with and sees everyday. “Small things inspire me,” she added.

Yu-Shen Ng said that, for him, in addition to technical resources at Cohesity, inspiration also came from people outside of work. “Parents, in-laws, professors, and school teachers have challenged me over time to be curious about my world and to find answers and ask deep questions. That’s really been the inspiration for me.” David Coblentz mentioned people, but they were all from a book. “Coders at Work is about famous software engineers. It was interesting to read about their approaches to software, thinking, and solving problems.”

Acknowledging her colleagues on her team for their help with ideation, Mingran Li added that software that she uses enables her to collaborate with them even when she’s not in the same room with them. “It’s great to have tools with different screens where you can see people working in them and talking. My team can collaborate to create, and we can see what others are working on. We can see clusters, data,  architecture, and hierarchy and ask questions about them or request help. We can create an innovation board and build a tool that investigates.”

A patent is a solution to a problem. So, it goes without saying that Cohesity’s inventors are problem solvers, and that no matter how many problems they solve, they want to solve more. But how do they apply these skills every day? And how do they unwind? Mingran Li gave us a peek into her mindset when she described how she solved the problem of finding employment in the US by switching from design to engineering. When she wants to have fun, she draws. “I use software for work, but I haven’t given up drawing or painting by hand.”

Shreshtha Mundra was expansive on this subject: “I solve problems from morning until night — everything from ideating at work to talking to an insurance company about someone hitting my car!” Shreshtha added that Cohesity encourages problem solving by looking at how things are implemented and thinking about what could be better. When it’s time to turn off her mindset, she heads to the climbing gym. “I have fun every day,” she told us.

Yu-Shen Ng also takes an expansive approach: “I problem-solve every day, everywhere.” He explained that he constantly asks himself how everything works, from COVID, the economy, to other companies’ technology. “I can see a bump on a piece of fabric and ask myself if that bump was unintentional or intentional. If it was unintentional, maybe there’s a way to fix it.” He applies this questioning process to helping Cohesity customers, but, surprisingly, he also uses it to unwind. When he’s not working, he’s fixing microwave doors, Volkswagen vans, and anything else he can save from the trash.

Like Yu-Shen Ng, Namit Sharma takes a problem and focuses on how it will help customers. He tries to be sensitive to the needs of users: “We want to give customers the tools to tackle things on their own in most cases.” For fun, he plays with his new puppy and goes to group fitness classes with his wife.

David Coblentz said he enjoys thinking about problems and how to solve them. He described his approach as unusual and sometimes lengthy. He shared this example: “I wrote a book in text markdown language. Then I wrote scripts that basically converted it into HTML and printed it out in full layout. I did this just to see what the book might look like at any given moment, but the publisher ended up using my layout.” When he’s not problem-solving, he’s researching and teaching historical fencing or creating complex and beautiful Origami figures.

Getting a Patent at Cohesity: A Spark Flashes with Help and Support

All five Cohesity inventors said that getting a patent helped them in their careers, from motivating them to work harder to getting them noticed to making them feel they have a badge of honor. They also said that they received all kinds of support and encouragement to apply for a patent, from Cohesity’s legal team, to managers, coworkers, and mentors.

“We have a community of mentors at Cohesity with the right personality traits and technical skills to support and guide us,” said Yu-Shen Ng. Most of the five also share inventorship with at least two other colleagues. David Coblentz described the experience like this: “I thought about it, put together an initial proof of concept, and collaborated with three other Cohesians to come up with an elegant solution. Together, we applied for a patent.”

The process itself was straightforward, according to Shreshtha Mundra, Namit Sharma, David Coblentz, and Yu-Shen Ng. They worked with the internal intellectual property team on the submissions, and their consensus was that they got help with the documentation and other things needed in the process. Shreshtha Mundra mentioned that it does take some time to read through the documentation and verify the correctness.

If You’re an Inventor, Cohesity is a Great Place to Be

“Cohesity supports the development of novel features and motivates people by helping them focus on the patentable aspects of their innovations. With just a few hours of work, you can present a feature or idea to the team and get started with the patent process,” said Namit Sharma. 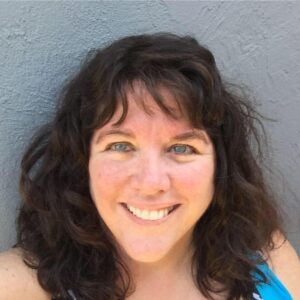