IT Modernization for Federal Government: Challenges with Data Management 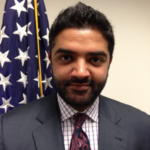 Did you know that a large majority of federal IT leaders say they have a roadmap for IT, but not even a quarter are satisfied with current efforts? This statistic is surprising, given that IT modernization for the federal government is a high-ticket item. IT funding for modernizing is up to $89.3 billion in 2020.  So, what is holding them—or even your agency—back? The answer to that question can be tied directly to data and its availability, accessibility, and, most importantly, its security.

These and more statistics about IT modernization efforts and data issues are available in our joint infographic with MeriTalk. This article explores critical IT modernization stats and issues and suggests ways to address them.

Why Is IT Modernization in Federal Government So Difficult?

IT modernization is not easy for any organization that was not born in the cloud, such as federal agencies. The process of managing or moving away from aging software and hardware solutions is hard and includes consolidating systems and workflows in favor of more automated, innovative solutions—on the cloud.

For the federal government, mandates like Cloud Smart, MGT, and TIC 3.0 set agencies on a fast track to modernization but because they must also meet the requirements of the Technology Modernization Fund, there are additional budget pressures not found in the private sector. But it is really the move to the cloud that is at the core of the difficulty.

The Data Bumps and Potholes in the IT Modernization Journey

The benefits of the cloud are well-known, but many believe there are trade offs when leaving the on-premises data center. In your government agency, concerns are most likely to be around the issues of data security, privacy, and integrity on the public cloud. Also, you might relate with the vast majority of global IT decision-makers who say that mass data fragmentation is the reason public cloud is still falling short of its promised advantages.

Other, more dangerous potholes are lurking. More than 50 percent of federal IT managers say that a security breach is a significant possibility due to complexity and lack of visibility. Yet most government agencies cling to traditional security methods. However, such methods are not sufficient for protecting sensitive government data in the cloud.

Find out how agencies just like yours are solving the data challenges associated with IT modernization in Journey to IT Modernization – Data to Insight, a joint MeriTalk and Cohesity on-demand webinar.

Modernizing IT: Is There a Way to Smooth the Path?

Federal IT leaders agree that hyper converged infrastructure (HCI) is the key to driving successful, across-the-board core modernization efforts like cloud, automation, and advanced analytics. Along with private sector IT leaders, the feds also firmly believe that if the problems of mass data fragmentation across multi-cloud environments were resolved, more organizations would benefit from the public cloud.

The good news is that HCI is within reach. Your federal agency can reinvent data management strategies to eliminate mass data fragmentation and embrace modernization. It starts with consolidating data backup, archiving, analytics, and more on a single web scale platform. You then manage secondary storage through a single console that spans from core to cloud to edge. And, you use a single platform for global access, visibility and control of data and apps across platforms, whether on-premises, in the cloud or at the edge with SaaS-based management.

Most importantly, you need collaboration across teams because this is not just a data or IT effort. For example, in a recent webinar, Col. Charles L. Destefani, Air Force Chief Data Officer, described how the Air Force is using a program called Digital Modernization, which involves “orchestrating and combining the energy and talent of data, business processes, and operations all under one umbrella.”

Want to hear more from  Col. Destefani about the Air Forces’s program and get tips on how to address the data challenges you face as you migrate to a multi-cloud environment? Check out our on-demand webinar with MeriTalk and get steps your agency can take to ensure modern data management from our panel. Register here.

Cohesity Pegasus 6.4: Leading the Way to a New Era in Data Management

The latest release of Cohesity introduces several new capabilities that continue to push the envelope in data protection and management.

Gartner MQ for Data Center Backup & Recovery Solutions: What a Ride It’s Been

Cohesity was named a Visionary in Gartner’s 2019 Magic Quadrant for Data Center Backup and Recovery Solutions.