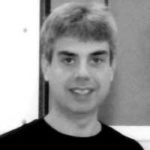 Although cloud services offer many benefits over traditional on premises operations, the cloud transition has not been without its challenges. One such challenge is that of backup and recovery. Although cloud backup solutions do exist, many such solutions offer only the bare minimum backup capabilities and fail to truly leverage the unique flexibility of public cloud environments.

Recently however, Cohesity announced Cohesity DataPlatform Cloud Edition, a new solution designed to simplify the challenges of enabling hybrid cloud use cases. Cohesity supports three additional use cases beyond backups. These use cases stem from the fact that Cohesity DataPlatform Cloud Edition is essentially a Cohesity Cluster running in the public cloud. As such, it is possible to replicate the contents of an on premises Cohesity cluster to the public cloud, where the backup can be used if necessary.

The first use case is that of creating cloud-based dev / test environments. If an organization chooses to replicate its on-premises backups to the cloud, then Cohesity’s VM Cloning feature can be used to mount and run virtual machines in the public cloud. These cloud-based clones are identical to their production counterparts, but are sandboxed, thereby making them ideal for dev / test usage.

Replicating an organization’s backups to a cloud-based Cohesity cluster provides the organization with protection against a datacenter level failure. In the event of a major disaster, Cohesity’s Instant Recovery feature can be used to rapidly boot copies of the organization’s virtual machines on public cloud servers. By doing so, the organization is able to continue running its production workloads, even if its datacenter has been severely damaged or destroyed.

As previously noted, Cohesity DataPlatform Cloud Edition is essentially a Cohesity cluster running in the public cloud. This means that those who are used to working with Cohesity’s on premises DataPlatform solution should be able to use Cohesity DataPlatform Cloud Edition with little to no learning curve, because the user interfaces are nearly identical to one another. It also means that most of Cohesity’s native capabilities are now available in the cloud. For example, organizations can create cloud-based clones from virtual machine snapshots.

Accelerating Application Development and Test in the Public Cloud

Cohesity announces a new solution that extends and enhances its enterprise-class capabilities for the enterprise edge, empowering organizations to seamlessly manage data within remote office/branch office (ROBO) locations with a…