Earlier this year, we learned that our founder and CEO, Mohit Aron, would be honored as a member of the 2018 Class of Outstanding Engineering Alumni at the George R. Brown School of Engineering at Rice University.

Fast forward to present day: In April, Mohit was among eight recipients of Rice University’s engineering alumni awards, which were presented before 120 guests attending an awards and dinner ceremony.

Mohit was given the Outstanding Engineering Alumni Award, which honors “outstanding professional achievement and service to society,” according to Reginald DesRoches, the William and Stephanie Sick Dean of Engineering.

Mohit earned an M.S. and Ph.D. in computer science in 1998 and 2000, respectively. He was recognized for “having founded Cohesity in 2013, and remains its CEO. In 2016, CRN recognized Cohesity on the list of Storage Emerging Vendors You Need to Know, and as one of the Top 25 Disruptors.” Mohit also co-founded Nutanix in 2009. Prior to co-founding Nutanix, he was at Google as a lead developer on the Google File System engineering project.

“Very few things in life are more satisfying than knowing I’ve made my alma mater proud. My years at Rice University helped lay the foundation for my passion to create technology and companies that solve critical business problems today,” said Mohit. “Above all, I hope this award serves as an inspiration to any budding entrepreneurs contemplating their educational and career paths. To them I say, the sky is the limit!” 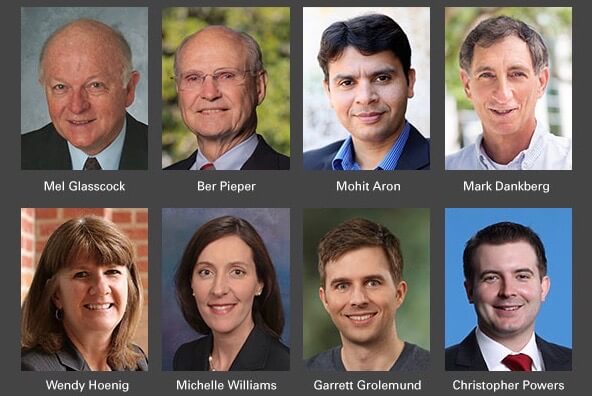 Acknowledging all award recipients from the day